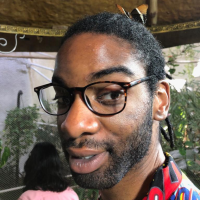 Although embodied cognition has played a role in the development of digital musical systems already, it is most often use as a conceptual tool or philosophical framework in which to inform design.

I propose a research approach that is rooted in neuroscience, semiotics and psychology focused on the iterative design of an emotion recognition/music sense-making arcitecture that represents music in as an embodied multimodal semiotic system.

Much of the history of artificial intelligence reflects the attitudes of cognitivism. Despite this, some of the downfalls of GOFAI can be seen in relation to how its models differ from human cognition i.e. use of formalised representations, explicit rule-based manipulations, sense-modelplan-act cycles. An alternative approach to classical is embodied AI, which seeks to apply the theories of embodied cognition to artificial intelligence. Embodied cognition describes a collection of theories in the cognitive sciences whereby much more focus in placed on corporeal interactions between a subject and their environment. EAI systems can be realised in a number of ways, spanning a spectrum from weak to strong embodiment namely;by the system sharing some characteristics with the bodies of natural organisms, by the representations employed being action orientated, by a system representing its -real world data- purely in sensory/emodied forms.